The Story of the Cathode Ray Tube 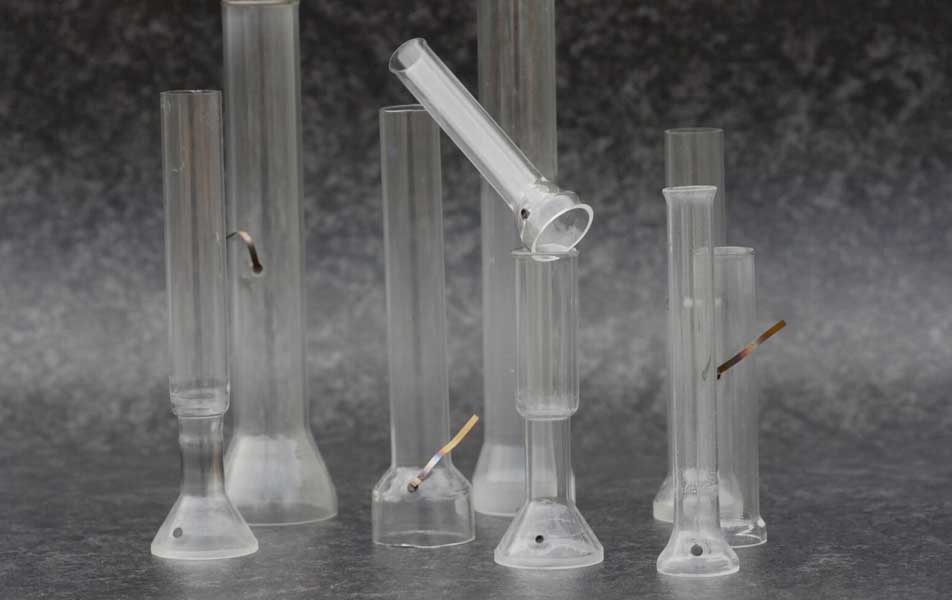 For most people, the cathode ray tube (CRT) may sound like an alien object.

In a nutshell, it is an gun that fires electrons onto a surface. When the beams hit the surface, which is often phosphorescent, the beam becomes visible. This in turn creates an image.

If you think this sounds like something from a sci-fi novel, then you’re wrong, as most people probably have cathode ray tubes in objects around their home. Before the birth of LED and LCD television screens, most of the TVs around used CRTs to function.

The electron gun is stored in a tube. When this is manipulated, the beams that are emitted from the gun create different images when connecting with the phosphorescent screen, thus an image appears on your computer or television screen.

But how did this come to be? And how did something so technical end up inside television screens across the land?

Many different figures feature in the origin of the CRT.

First came the discovery of the cathode ray. Two German physicists by the names of Johan Wilhelm Hittorf and Julius Plucker are given credit for first spotting rays being shot from a cathode. A cathode is a negatively charged electrode, and it was when luminous shapes started to emerge inside a tube containing one, that the cathode ray was found.

By moving a magnet near the tube, Plucker found he could manipulate the rays, and the idea of using rays to produce images first became a possibility.

Other names who were paramount in the origin of the CRT were Arthur Schuster and William Crookes, who further developed Plucker and Hittorf’s work into how magnetic and electric fields could change the direction of the electron beam.

Next came the gun to fire them with.

Karl Ferdinand Braun was another German physicist who carried also a keen interest in engineering.

In 1897, he created what he called ‘the Braun tube’. This was the first CRT that was made to present images on a screen and paved the way for the future uses of such a device.

From Braun’s initial invention, the CRT continued to evolve. Into the 20th century, the whole world began to know about the tube, and this led to further experimentation on just what the capabilities of this device were. 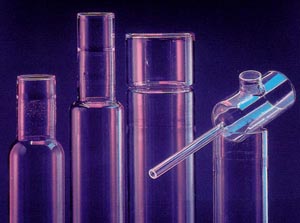 The Journey to the Screen

In 1922, two engineers at Western Electrics began to use hot cathodes in a CRT. This meant that a cathode was heated electrically, and used thermionic emissions to fire electrons. Compared to cold cathodes which had previously been used, this essentially meant less power was needed, and more power was emitted.

The next step was to get it working, and this took place in Japan. Dubbed ‘the father of television’, Kenjiro Takanayagi is credited with being the creator of the first CRT television. In 1926, Takanayagi used an electronic CRT to create a symbol. It was a letter similar to the British T but was actually the first letter of the old Japanese alphabet.

The resolution was 40 lines, but a year later this had increased to 100. Another year later he was able to create images such as faces. Less than a decade on from when he produced an image of a letter, in 1935, Takanayagi had invented the first electronic television set.

If looking in slow motion at a CRT television, you would notice the lines begin at the top of the screen, and work their way down from left to right. This was how the images were produced, in a gradual and methodical way. Over time the process sped up, to the point where it was unnoticeable.

The CRT television was born, and now all that was left to do was make it stronger.

The Rise of the CRT TV

From the mid-1930s onwards, the CRT began to rise in prominence. Televisions began to be produced on a huge scale, as well as early video games.

The cathode ray tubes changed in shape from rectangular to circle and grew in size and power. Images became quicker to load, and in 1954, electrics powerhouse RCA began to produce a coloured version.

Over the following decades, the big names of electrics joined in, with brands such as Sony and Panasonic bringing out their own line of CRT televisions.

With the birth of computers came the need for screens, and the CRT was widely used across computer screens all over the world.

It was an invention that was providing entertainment and information to people all across the globe, but at the turn of the millennium, it all changed.

After 2000, television sets began to be produced with LCD screens. This stands for light crystal display, and this competitor soon began to take a lot of attention away from the CRTs.

The big companies starting use LCDs in computer and television screens as after much development the image quality was deemed to be sharper. Another big reason was that they could be flat.

Whereas a cathode ray tube takes up room, an LCD screen does not. It was in 2007 that LCD sales overtook CRT sales for the first time, and it hasn’t slowed down since.

The capacity for improvement in LCDs was vast, and as screens got bigger and slimmer and the want for higher definition grew, so did the market control of LCDs.

But this wasn’t the end for cathode ray tubes.

What CRTs Are Used For Now

CRTs are still used in many screens all over the world.

They are durable and have no motion lag like their LCD rivals, which makes them a more attractive option to many industries.

Popular in places such as airline cockpits and deemed by many as better suited to run old video games and home videos, the CRT is still going strong, as it nears a century since the first CRT symbol was ever illuminated on a screen.

At Moores Glass, we are experts in glass manufacturing, and this includes Cathode Ray Tube casings. Take a look at our dedicated CRT page to find out more.